Places to Visit in Amritsar

Places to Visit in Amritsar

Amritsar has become a very famous tourist place. So many visitors come here to see the Golden Temple. Amritsar was situated by the Fourth Sikh Guru, Guru Ramdas Ji. Amritsar is the major pilgrimage spot for the Sikhs all around the world. Amritsar is also famous for its delicious food. The first name of the city was Ramdaspur. Here are some famous places which you should visit in Amritsar.

It is the center of Sikhism and also known as Darbar Sahib, Harmandir Sahib and Swarn Mandir. It is the prime tourist attraction in Amritsar. There are four entry gates in Golden Temple. Golden Temple is Open 24/7. You can visit there any time. Langar is also available at every time.

Akal Takhat is situated in the complex of the Golden Temple. It is one of the 5 Takhats of the Sikh Religion. Akal Takhat was built by The Sixth Guru, Shri Guru Hargobind Sahib Ji.

Jalianwala bagh is located near the Golden Temple. You can go there by walk as it is very close to The Golden Temple. The garden's criticalness lies in the Jallianwala bagh remembrance situated here, which was built up in 1951 to recognize the slaughter of the serene Sikh celebrators on the event of the Punjabi New Year on April thirteenth, 1919 by the involving British powers. Sources guarantee there were around 397 fatalities and around 1100 were injured, however the genuine figures were never known and are probably going to be route higher than 397.

It is situated about 1.5 kilometers from the Bus Stand of Amritsar. Durgiana Mandir is a very famous religious pilgrimage of the Hindus. It is also known as Lakshmi Narayan Temple, Sitla Mandir and Durga Tirath. The original temple was built in the sixteenth century and was rebuilt in 1921 by Guru Harsai Mal Kapoor. The architectural style of the Durgiana Mandir is same as The Golden Temple.

Ram Tirath Temple is located at a distance of 17 kilometers from the Amritsar Bus Stand. This place is mentioned in the Holy Book of Hindus, The Ramayana. After Lord Rama Deserted Sita Mata, she came here and got shelter in Maharishi Valmiki’s Hermitage.

Hall Bazaar is the shopping hub of Amritsar, there are a variety of products available to choose from. Whether you want electronic items, books, grocery, Garments or anything else, everything which is famous in Amritsar is available here. So, if you want to shop in Amritsar, then you must try Hall Bazaar Shops.

Amritsar is also famous for its Delicious food and you should also try it. There are many famous places from where you can get the food and Brother’s Dhaba is one of them. Delicious food is available there at every time. 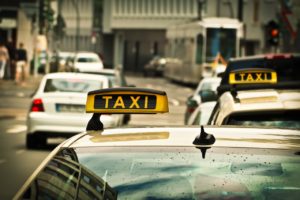